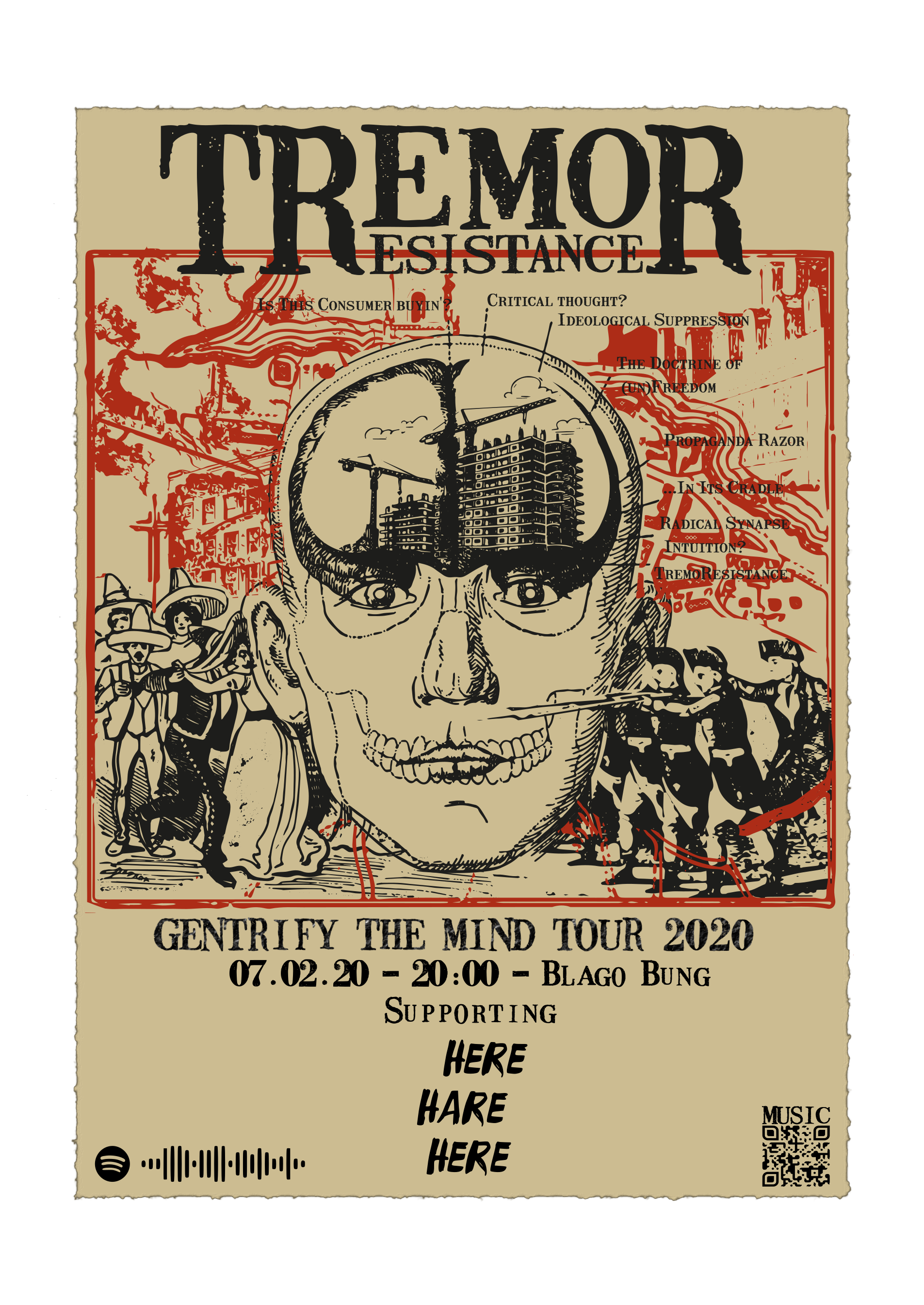 TremoResistance’s music is characterized by having a critical lens; it communicates frustration and angst as well as a sense of community and hope. The goal behind the music and lyrics is to give a loud, clear and non-violent voice against Neoliberal global structures of power.

The band was founded by four international musicians based in Berlin, Germany.
Connected by a moral responsibility to enact, a passion for becoming involved in our neighbourhoods and communities as well as to rock stages with cathartic and interactive performances, the band organically evolved into a powerful four-piece connected by more than just music. TremoResistance’s influences see no boundaries. We like to call it hard rock hip hop.

Not punk and not garage, Here Hare Here don‘t fit in with the old guard or the avant garde. In between scenes they simply plow their own field under the anemic warmth of scant approval playing shows from basements to clubs, the band don’t define themselves by performance, but by performing. They strive to surprise themselves and audiences, comfortably playing around with old cliches and making shit up as they go along. Here Hare Here don‘t intend to reinvent the wheel but fully intend to grease it up & take it for a joyride into oblivion. All that’s left is to keep going & stay classy.