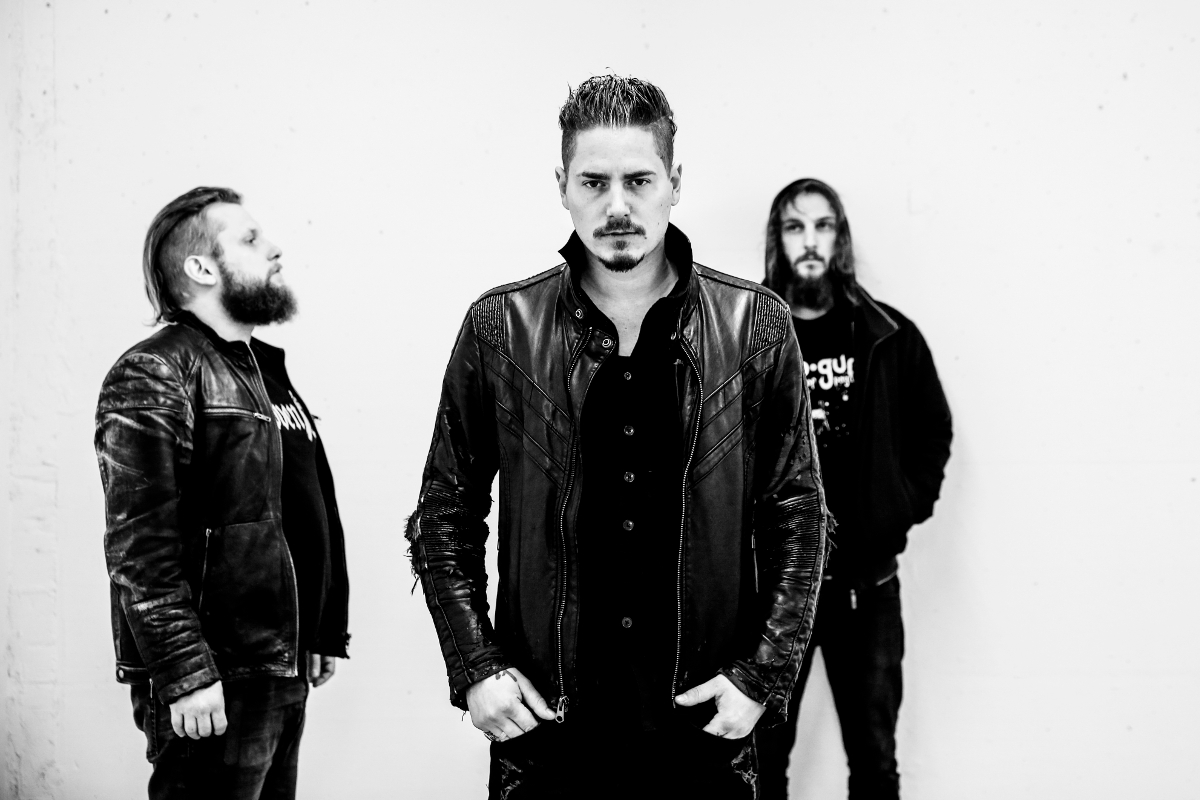 No rest for the wicked: In January 2018 the band locks itself into a secluded cottage and records 8 tracks completely on their own. Three of those are released the same year on Label «Sixteentimes Music»’s «The Fuzz Charger Split LP»in combowith berlin based heavypsychos «Samavayo». Sixteentimes’ labelbossdid not only put out a record but slammed the two powertrios into a van and made them tour the EU following the release. The rest of the recording sessions material is to be put out in 2019 under the name «The Wooden House Session». No way to miss: Sons of Morpheus’ riff-swampiness has never sounded edgier driven by immediacy only heard by bands that carved their name in stone for eternity. By masters of pigeonholdingmore and morelocatedin todays lively stoner/psych-scene, it is to mention that the group’s playing and swaying into busy outerspace may be complete overkill to state-of-the-art stoner-potheads…for the good!

The Dues is a heavy bluesrock-trio from Winterthur Switzerland,

formed in 2012. Sounding like a bastard child of all the well

With the rawness of their riffs and the kicking grooves, The Dues

are seen as an exciting live band you won’t miss! While sharing

the stage with some of their idols like Radio Moscow, Earthless, Joy

and Dollhouse, they had released their debut album

Thief Of Time in 2016. Whitout a rest, their second album

Time Machine was released in October 2017.

A new album is planned for autumn 2019. Which will

be released by Sixteentimes Music!

The debut album „Submerge“ was recorded live in the legendary „Foolpark“ record studio Lucerne and released on
the first of December 2018. It depicts a journey down into the dephts of beautiful, spacey soundscapes all the way to the bottom of a peculiar ocean, where downtuned guitars and fuzzy, transparent riffs await your arrival.